West Side Story: The Probable And Improbable Wardway Whitmores Of Detroit’s West Side (Updated)

The Wardway Whitmore is an exceedingly rare kit home, seeing as the only known mentions of it are in the 1931 Wardway Catalog, and in this 1930 ad. Knowing that an ad for this model was released in early-mid 1930, and knowing that certain geographic areas could get early or extended access to a certain model of kit home, it could be quite likely that there may be a regionalized copy of a 1930 Wardway catalog floating around somewhere with a page devoted to this model. This still indicates that the Wardway Whitmore was only sold in the two year period of 1930-31. Also, knowing as this was during the onset of the depression, and that many builders and customers would shy away from building large (for the time) houses-such as the Whitmore-one can ascertain that not very many were built, let alone still be known to this day. Instead, such customers would be more likely to purchase smaller designs like the Fairfax and Piermont. However, an example has already been identified by the esteemed kit home researcher Dale Wolicki, much to my delight.

22315 Versailles Ct, St Clair Shores, MI
This is the Whitmore Dale Wolicki identified. The owner was kind enough to leave the address in the comments.
Photo copyright Benjamin Gravel 2016. It cannot be reproduced without his permission.

UPDATE (5/9/16): The current owner of the Whitmore that Dale Wolicki has identified posted a comment stating that Dale authenticated his home, and gave the address. He gave the following statement:

“Nigel,I own an example in St Clair Shores. 22315 Versailles. I have met Dale Wolicki and he confirmed.”

UPDATE (5/21/16): On a side note, Benjamin Gravel found this ad for this particular home whilst researching homes in Metro Detroit via digitally archived copies of the Detroit Free Press. This ad can be found in the 4/6/1931 issue of the Freep. Ben also took the photo of this home. 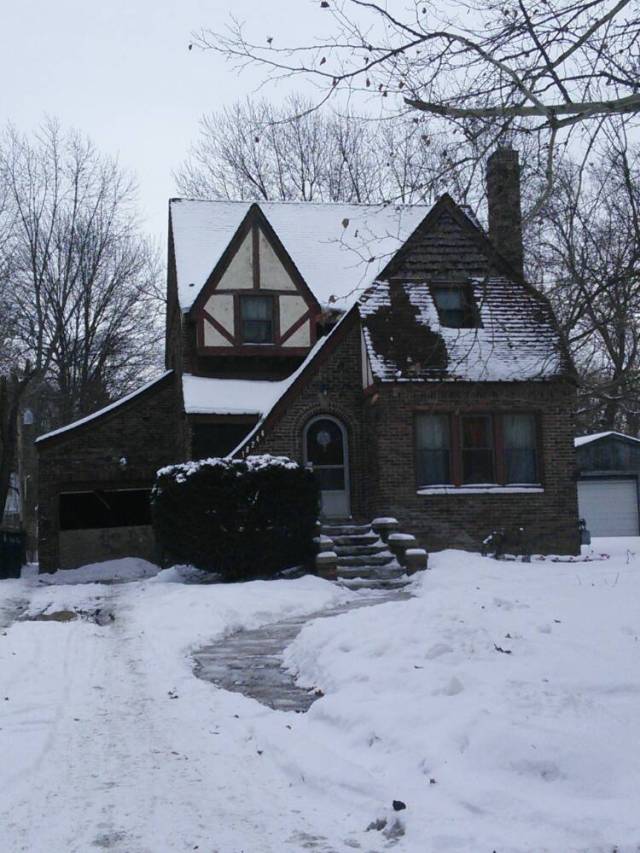 So far, I have identified one probable Whitmore, and one possible example. This is the former. As you can see, this home is-as far as appearances go-nearly identical to the Whitmore in the illustration at the top. I would venture to say that it is highly likely that this is an example of the real deal.

This is the front door of 18244 Salem. It looks like a perfect match to the illustration

This house is truly a gem when it comes to originality, and I applaud the current and former owners for this fact. It is so much so that it even has what appears to be the original front door. As a kicker to all of this, this home has a build date that sets perfectly within the 1930-31 timeline mentioned above. This home can proudly cement it’s status as a probable Whitmore. Nontheless, it still needs some form of authentication (such as a mortgage record, blueprints, a building permit, or marked lumber) before one can truly state that it is one 16131 Glastonbury Rd, North Rosedale Park, Detroit, MI
I created this as a collage of various “blexts” that have been taken of this property over the last few years.
Image credit: Motor City Mapping/Loveland Technologies

This is the possible, and daresay questionable and debatable example. From the front, it looks like a near-perfect match, aside from a questionable chimney placement. However, once one checks the interior to see how it matches to known catalogs, things start taking a turn for the worse. If you would like to go through the disorienting and dizzying headache of trying to see if and/or how this (might, kinda-sorta) matches (or doesn’t) to known catalog images, view the archived RE listing *HERE*. Another potential disqualifier is the fact that that the Whitmore was probably not offered until 1930 (at the absolute earliest), and that this home has a 1928 build date. Granted, I have encountered many cases where the build dates for homes are horrendously off compared to what a municipality states they are, so one can (and probably should) take municipal build dates with a grain or two of salt. No matter what, even if it turns out that any and all resemblances this house has to the Wardway Whitmore are purely coincidental, I would suggest further research into this home’s origins, just so one can get definitive proof that this is (or isn’t) a Wardway Whitmore, a custom Wardway design, or just a random design that is purely coincidental in its resemblance.

This was an excerpt from a 1935 Detroit Free Press issue. At the time, the then-owner was running for a judge position.

UPDATE (8/30/16): I found another probable example in the St. Louis, MO suburb of Belleville, IL. View the archived RE listing by clicking *HERE*.

If you know of any other Whitmores, or any other kit home for that matter, let me know in the comments, section, or through the “Contact Me” form.

This work is licensed under a Creative Commons Attribution-NonCommercial 4.0 International License.

2 Responses to West Side Story: The Probable And Improbable Wardway Whitmores Of Detroit’s West Side (Updated)