The Kit Homes of the Grosse Pointes, Michigan 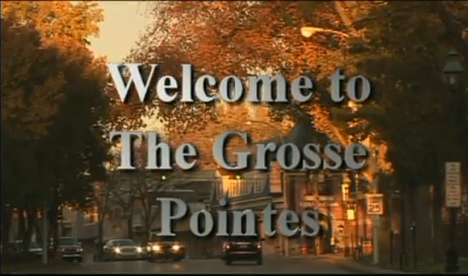 The Grosse Pointes (commonly shortened to “The Pointes”) is a group of idyllic suburbs Northeast of Detroit, MI. These communities were originally part of Grosse Pointe Township, but broke up over various reasons in the late 19th and early 20th century. These suburbs are widely considered to be some of the nicest areas to live in Metropolitan Detroit. The Pointes are bordered by some of Detroit’s best neighborhoods, such as the equally idyllic community of East English Village, and some neighborhoods that seem to be undergoing a “revitalization” of sorts, such as Detroit’s Jefferson-Chalmers Neighborhood; a neighborhood where I found a row of probable Sears Arlington kit homes earlier this year (read about it *HERE*). An interesting historical tidbit about both neighborhoods is that they were originally part of the Grosse Pointes, but were annexed by Detroit over time. All in all, the Pointes are probably one of the best areas to live in all of Southeast Michigan.

The Pointes are often known for the various mansions lining Lake St Clair that were originally owned by and built for automotive barons; famous examples include the Edsel & Eleanor Ford House and the Grosse Pointe War Memorial. However, what many don’t know is that the Pointes also have a fair few kit homes; with examples ranging from the simple Sears Kilbourne, to the grand Sterling Vernon.

Over the past few years, resident Ben Gravel has been documenting the historic architecture of the Pointes, and has found many examples of kit homes from it.

The first home on our tour of the Pointes is a Sterling Vernon kit home.The Vernon was the largest, grandest, and nicest home Sterling ever offered. This was Sterling’s answer to the Sears Magnolia. This home has been authenticated through the finding of stamped lumber in the basement by the home’s current owner (seen above). It was originally built by contractor Alexander Russel Keys for himself and his family.According to Ben Gravel’s research, Mr. Keys is known to have built a couple more houses afterwards, both of which are in the Pointes, seen below. Neither of them are kit homes to our knowledge

EDIT (2/1/17): Higbie Maxon Agney recently published an article about this home as part of their “Historical Architecture of Grosse Pointe” series. Click *HERE* to view it 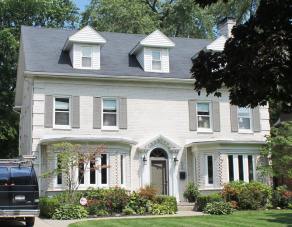 Now on to our next stop in Grosse Pointe Park…

Designed by Harold L. Freighner for Frank Will. Originally used by Montgomery Ward/Wardway as a model home in 1931.
1015 Cadieux Rd, Grosse Pointe Park, MI
Image copyright Benjamin Gravel 2013. It may not be reproduced without his permission

Our next stop is the final kit home in Grosse Pointe Park, and both it is and isn’t a kit home. You are probably wondering how this is, seeing as a given item isn’t usually something and not something at the same time. This house manages to pull off this kind of duality by having been built using materials from Wardway and having been a model home for Wardway, but not being a “kit home” due to the custom design. According to some notes Ben took when looking over the home’s original plans at the archives of the Grosse Pointe Historical Society, there was nothing to denote any connection to Wardway whatsoever. However, as we all know by now, a paper trail has emerged denoting a Wardway connection through the newspaper ad above proclaiming this home as a “Model Home by Montgomery Ward & Co.”.

After that is the City of Grosse Pointe, MI… 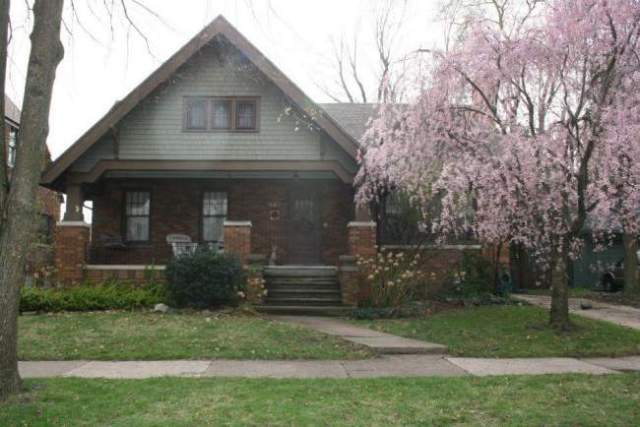 Our first stop in the City of Grosse Pointe is this darling little Sears Kilbourne. Like the Sterling Vernon above, this home has also been authenticated through stamped lumber. Higbie Maxon Agney, a real estate agency that has longstanding ties to the Pointes, recently published an excellent article (click *HERE* to read) on this home as part of their “Historical Architecture of Grosse Pointe” series. According to records from the Grosse Pointe Historical Society, and the aforementioned post from Higbie Maxon Agney, this home has been authenticated through an owner having found a shipping tag on the backside of a door casing facer board

Also in the City of Grosse Pointe is a (probable) example of the Aladdin Capitol kit home. The Capitol is a fairly rare model, with only 5 other examples on our National Database of Aladdin Homes (read about the Sears verson of that database *HERE*).

The Sears Vallonia is a common kit home design, and was likely one of Sears’ most popular designs. Still, it is hard to find one as original as this example (even though there are a few others that are equally original). With the fact that this home has yet to be authenticated, it can only be considered a “probable” Vallonia. 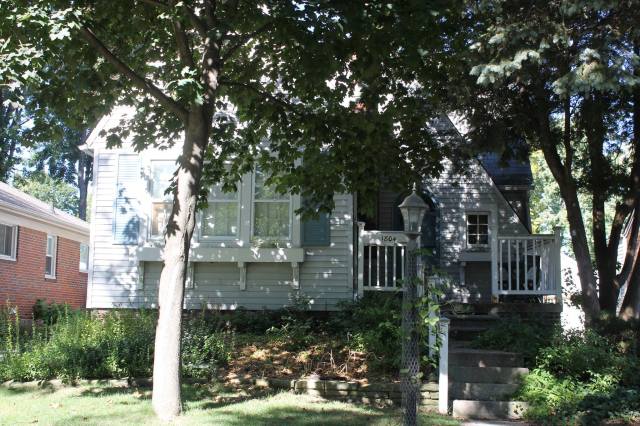 This Sears Mitchell is only two doors down from the Vallonia above. Yes, there is a home behind all of that foilage (and it’s fairly well placed on the originality scale as well!). It is times like these when architectural research hobbyists like Ben and myself wish that we could use the “As Seen On TV Keychain Sawzall” without getting complaints from a property’s owners 🙂 As with the Vallonia above, knowing the fact that this home has yet to be authenticated, it can only be considered a “probable” Mitchell.

From Ben’s and my research, we have not been able to find any kit homes in Grosse Pointe Farms or Grosse Pointe Shores. That does not necessarily mean that there aren’t any kit homes in the Farms or the Shores (as the locals call them), it just means that nobody has found any (yet). However, numerous plan book homes have been found in both municipalities, but that it is a blog post for another day.

If you know of any more kit homes in the Pointes, or anywhere for that matter, feel free to let me know via the comments section or the “Contact Me” form.

If you would like to know more about the historic architecture of Metro Detroit, join Ben Gravel’s Facebook group Historical Detroit Area Architecture.

If you would like to know more about the historic architecture of Michigan in general, join Ben’s and my Facebook group Historical Architecture of Greater Michigan.

This work is licensed under a Creative Commons Attribution-NonCommercial 4.0 International License.

2 Responses to The Kit Homes of the Grosse Pointes, Michigan